Louis Wood, a native Virginian, lives at Mountainview Ranch, the remainder of an original land grant to his family located in the Shenandoah Valley of Virginia.​

Growing up in the culture of a large horse and cattle operation, the course of Louis' life was soon set, and from that point on, all he ever really wanted to do was to be a cowboy.  Like most ranch kids, he learned to ride at a very early age, and quickly developed a love for the horse, and the freedom and mobility they allowed him to achieve.

Each year in the spring, his grandfather, Lertie Wood, a very talented horseman who was born in 1898, "broke" the horses used on the ranch, as well as for a number of other people in the area. The excitement of this process was always fascinating to Louis, and very quickly he began to gravitate to helping his grandfather with the development of the young horses, and trying to learn as much as he possibly could about the process.

He was deeply influenced by the love and respect that his grandfather exhibited for all of God's creatures, but also realized that many of the old methods that he used seemed very harsh, and were often fearful to both the horse and rider, and sometimes resulted in the breakage of not only the horse, but the human as well.  These experiences quickly led him to realize that there must be a better way than trying to break the horse's spirit into submission, and he began to work at trying to utilize some different methods to achieve that goal.

Though he had made some inroads into a better process, it wasn't until early adulthood when Louis was involved in a very bad accident on a colt, and was being told by the doctors that he needed to quit riding, that the real changes began to come.  He clearly realized that in his heart, there was no picture of him without a horse beneath him, no matter what the risk involved, but he also realized that in order to have any chance of success at all, his relationship with the horse would have to change!

That moment in time was the biggest turning point of Louis' life, because that was the first time he had ever looked at what he did with the horse as a relationship, a path that he has followed, and continues to follow up until this very day!

Since those early days, his quest for better ways to communicate with the horse has led him to many experiences, from cowboying and packing into the Canadian Rockies, to working with competitive riders and their horses in virtually every discipline, in many parts of the world.

​Throughout this life-long search, Louis has gained tremendous insight into the relationship between horse and rider.  His unique approach to horsemanship helps to provide a proper foundation for learning, based on trust and understanding, and creating a "Willing Partnership" between horse and human that can be carried into any discipline or level of riding.

In 1997, at the urging of his clients, Louis began holding horsemanship clinics at the ranch.  Since that time, he has continued to share his horsemanship in many parts of the U.S., as well as a number of other countries.  For approximately the last 20 years, during the winter season, Louis has had the opportunity to work with show-hunters, jumpers and dressage riders in Wellington, Florida, home of the prestigious "A" Circuit Finals for the World.

In 1999, Louis' communication skills with the horse so impressed the University of Virginia, that it's Leadership Development Center began offering professional leadership development programs with Louis based on his horsemanship model.  Since that time workshops reflecting his principles and practices have continued to be offered by and for a number of colleges, universities, local, state and federal government agencies, as well as private business and industries throughout the United States.  For the past three years, his concepts and principles have also been utilized in a clinic format to help people understand how to interact more effectively in interpersonal relationships with others.

In 2003, Louis first took his horsemanship to Europe, where he worked primarily in Northern Germany, doing demonstrations, private lessons, and working for and with the breeders of some of the finest performance horses in the world.  Since that time, he has returned to Europe several times working in a number of countries, and in 2006 had the prestigious opportunity to travel to Vienna, Austria where he worked on a private project with Legendary Horseman and former Chief Rider for the Spanish School of Riding, Arthur Kottas, and his daughter Caroline, an accomplished world class competitor.  To have such an honor, in Louis' mind, has truly been the highlight of a blessed career.

Today, Louis still continues an active schedule, starting a limited number of horses, conducting clinics and seminars, and for many years now, providing lessons and coaching for his broad based private clientele.  Many of his clients are Olympic competitors from several countries, including several medalists.  Others compete in national and world class competition, in a diversity of disciplines including Dressage, Three Day Eventing, Roping, Individual Team Sorting and Endurance Riding.

At this point in his career, Louis and his wife Sharon, try to spend as much time as possible at their beloved home on the ranch in Virginia.  During those times they each look forward to spending time with their sons, and enjoying the ranch.  For the past couple of years, they have both devoted a lot of energy into their newest endeavors, a retirement horse community, and their young horse program, a program designed to provide a natural, relaxed setting with which to begin their careers. 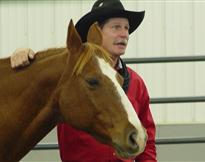 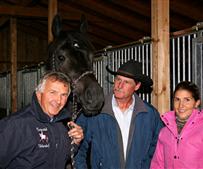 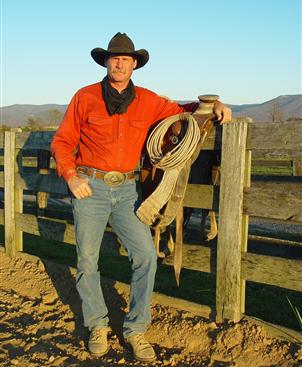 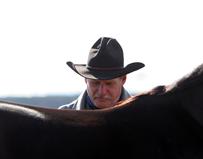 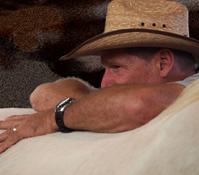